Auckland’s premier tennis competition between clubs is set to serve up its first round of matches this Friday night.   The competition was first held in 1919 and it has historically featured the best players from around New Zealand.

This year is no exception with the list of player names resembling a who’s who of former and current Davis Cup and Fed Cup players.  There is also a strong contingent of up and coming junior players who will again try to make their mark during the season when they challenge the more established seniors. 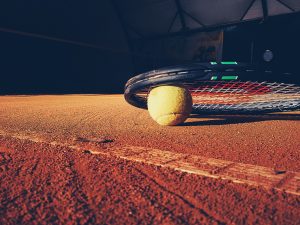 Defending Men’s Champions Head Parnell kicks off its campaign against the youthful Lotto Kohimarama side which has listed leading junior William Matheson in its team.  In other first round matches Champagne Bollinger Pompallier face off against last year’s finalist Zap Restaurants Blockhouse Bay while New World Remuera tackle Honda Cockle Bay.  The final match is between Prince Royal Oak and Onepure Head Parnell.  The Parnell Tennis Club has two teams in both the Men’s and Women’s Scarbro Caro Bowl competition.

Opening night for the Women’s draw pits defending champs Zealandia Sunnyhills against New World Remuera at the Remuera Rackets Club.  Collinson Forex Kohimarama is at home to Southern Autos Manukau Royal Oak and Champagne Bollinger Pompallier host SCE Stone and Design Glendowie.  The two Parnell sides square off against each other in the season opener at Parnell Tennis Club.

Matches commence on Friday September 26th at club venues and matches are played on most Friday nights through to the finals on December 5th.  For more information and full draws go to www.tennisauckland.co.nz or www.carobowl.com.

For a great night of top class tennis and plenty of generous hospitality we encourage all tennis supporters to go along and support their local club.